Pat Palermo
Pat Palermo
LIVE/WORK is an ongoing serial comic book which tells the story of a small group of young artists as they attempt to build a community in New York in the period just prior to the 2008 financial collapse. The images in the gallery below are select samples from the first issues of LIVE/WORK.

Often, narratives depicting the life of artists avoid dealing directly with the artwork that those artists produce; either out of concern that the creative process is too tedious to dramatize, or out of concern that fictional artworks would incite derision or confusion that might interfere with the audience's ability to engage with the characters. In the case of LIVE/WORK, I have made each character in the 'author' of one of my past (or future) art projects. For instance, the character of 'Ben' is, within the fictional world of LIVE/WORK, executing a portrait-by-correspondance that is very close to a real project of mine ('Annabelle 2001-2006, see image gallery #7 on the navigation bar on the left). Similarly, 'Abiline' is the artist responsible for the 'Portrait Self Portraits' (also available for view on the navigation bar). 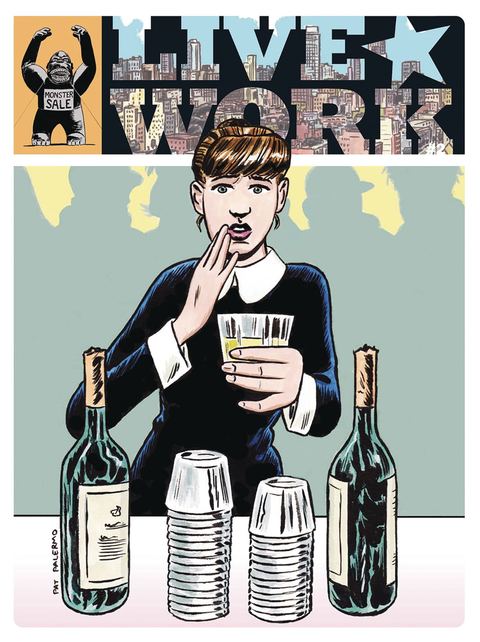